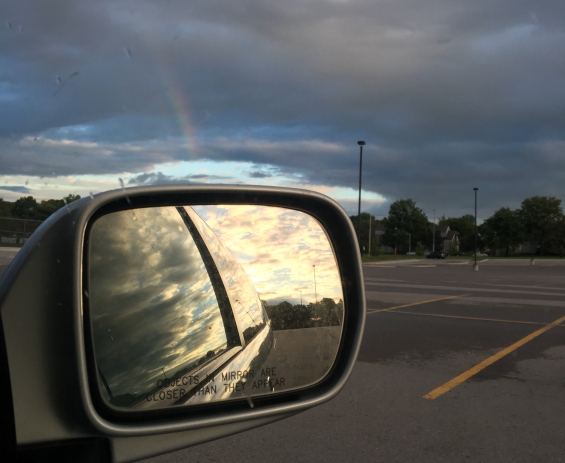 Cassie Roberts was 13 years old when a group of guys interrupted her run by whistling and saying that they wanted Roberts to come to their house. At the time, Roberts was scared, but five years later her fear has turned to disgust.

“Nice ass!” was the most memorable slur Avery Selberg heard on a run, though she has been yelled at multiple times. “It makes me feel disgusting every time, even though I’m not doing anything wrong,” Selberg said.

When confronted by honking, yelling and obscene gestures, Emily Tromp turns up her music and tunes out the harassment. “On the other hand, if a random car slowly follows me for multiple miles, that’s when I start to get creeped out,” Tromp said.

Rachel Rairdon jumps and contemplates her safety when people yell out of their cars. But mostly, she just wonders “what kind of person does that?”

For many female runners, unwanted attention is the norm. According to a 2017 Runners World survey, 43 percent of women and only 4 percent of men experience harassment (including, but not limited to, stalking, catcalling, sexual propositions and physical touch) while running. Additionally, the non-profit group Stop Street Harassment reported that half of all women had been harassed by age 17.

Starting in high school and continuing throughout college, my teammates and I have been harassed on runs. Occasionally, I joke to my teammates that my favorite game to play is “Creepy Dude or Someone We Know?” whenever we hear a car horn. We’re not harassed on every run, but this behavior happens too often for me to always brush it off as a joke. Creepy Joe’s shouts may be annoying, but our normative acceptance of his behavior is what’s truly frightening.

While our #MeToo era has started crucial conversations in the media about sexual assault, we seldom talk about the micro-harassment that encourages these more severe violations to take place. The belief that it’s okay to objectify and assault another human being starts when we normalize “the small stuff”: catcalls, car horns and whistles.

So, when women ignore their harassers, some might think they are enabling the behavior. But, many women stay silent out of fear of retaliation; some women are murdered for responding unfavorably to harassers.

And therein lies a huge problem: in order to reduce harassment, we need to question how we’re educating people, not how victims are responding.

“I think the entire culture needs to change,” Selberg said. “We can’t continue to treat girls like they are anything less than boys. Boys have to learn from when they’re young to show more respect to girls, and girls should learn from a young age to support other girls.”

Ultimately, female runners should be able to train without fear of wandering eyes or vulgar remarks.

“When we’re out running the streets, we’re out there to put in work not get attention,” Tromp said. “I think it’s time for female athletes to be taken more seriously. Period. End of story.”